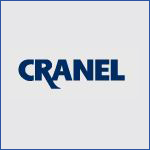 Confronted with aging servers and an email solution that had reached the end of its supported life cycle, Cranel decided not to update its existing on-premises solution with new servers and licenses. Instead, the company switched to cloud-based Microsoft Office 365 to cut costs and better support its 105 mobile workers using PCs, Macs and various mobile devices across North America.

“We’d reached the end of the line with our in-house Microsoft Exchange program, which is critical to our operation,” explains David Wells, IT Manager for Cranel. “With licenses expiring and servers beginning to fail, we needed a major upgrade to our infrastructure and email application. But initially, we didn’t know which way to turn: Should we reinvest in an in-house solution or simply move to the cloud?”

Enter Affiliated, the Columbus, Ohio-based technology services company and long-time business associate with Wells. After he asked Affiliated to conduct a cost benefit analysis of moving to the cloud versus investing in new servers and licenses, which proved that migrating to a cloud-based solution was the best recommendation. “In so many ways, a move to the cloud represented a more stable environment for us and a huge financial savings,” Wells says.

For starters, instead of spending $50,000 to $70,000 on new servers and storage, Wells saw opportunities to reallocate those savings to much-needed internal IT projects, like upgrading the internal LAN and wireless network to better serve the entire company. Plus, with Microsoft Office Professional Plus included in the Office 365 subscription, the company avoided a large upfront cost to upgrade to Microsoft Office 2013. A migration to Office 365 also represented a 15 percent savings over alternative email services that Cranel had looked into, including Google Docs and a host of platforms from local data centers.

Finally, Wells wanted to reduce the strain on his IT administration resources. By transitioning to the cloud-based Microsoft Office 365, “we can rely on Microsoft for a stable email service, while we focus on increasing user productivity,” Wells says.

Affiliated handled the implementation of Microsoft Office 365, which was completed in less than three hours on a Friday evening. Affiliated’s conversion process automated the migration of all existing email to the new system. Recalls Wells, “Frankly, I expected more issues to troubleshoot. But it was a virtually flawless implementation.”

Before heading to the cloud, Wells says his aging servers often required maintenance, leaving users and clients in the lurch. Today he no longer worries about application availability throughout Cranel’s nationwide network, or accessing email in the event of a disaster. Electronic correspondence is always available and backed up on remote Microsoft servers. “From a disaster recovery and business continuity standpoint, having Microsoft in the cloud makes a lot of sense,” Wells says.

Microsoft Office 365 also increased email storage space, which was becoming a problem for Cranel. In the previous in-house Microsoft Exchange environment, the company was running out of disk space on the older and smaller servers. Today, not only is storage space unlimited, but Wells is able to reclaim disk space on in-house servers for other mission-critical services, such as the two-year-old ERP solution that consumes storage space.

While reliable, available and scalable email had been the number one priority at Cranel, Wells says he hopes to implement two other collaboration products in Office 365 in the near future — Microsoft SharePoint Online and Lync Online. “We talked with Affiliated on how to best use those applications going forward,” he says. “It’s one of the big advantages of working with them. They know our business and can show us how to use different products to operate better, smarter, more efficiently. Having Affiliated as a partner is a tremendous asset.”

Since 1993, Affiliated has been helping growing and midmarket organizations identify, evaluate and implement technological solutions to improve operational efficiency and increase revenue. As a member of the Microsoft Partner Network certified in both Microsoft Platform and Microsoft Dynamics CRM solutions, Affiliated specializes in providing complete technology solutions including both software and services to organizations in multiple industries including distribution, manufacturing, health care, professional services, government, and not-for-profits.

Learn more about how Affiliated can benefit your business.

"Affiliated ran the smoothest, fastest migration from one system to another that I’d ever seen. It was flawless."

A leading distributor of enterprise content management (ECM) products and services, Cranel needed to update its aging email solution and servers, with the goal to increase reliability and email storage, ensure disaster recovery, and save money for other IT projects.

After conducting a comprehensive analysis of cloud vs. in-house options for email, Affiliated recommended and implemented Microsoft Office 365.

By moving email to the cloud, Cranel saved up to $70,000 in server replacement costs, while eliminating future maintenance costs. With unlimited email storage in the cloud, the freed space on internal servers was reclaimed for other IT operations, making the in-house environment much more efficient.

"With Microsoft Office 365, we no longer have to worry about updating our email infrastructure and licensing around the operating system, because it’s now all up in the cloud."